The date was 22 June 1897 and the time was midnight. Celebration of Queen Victoria’s Diamond Jubilee at the Government House of Pune (now Savitri Bai Phule, Pune University Building) occupied by the British was just over.

Walter Charles Rand, who was recently appointed as the Chairman of the Special Plague Committee (SPC) of Pune, was riding his leg. His military escort Lieutenant Eyerst was walking behind him in his shoulder. Both British officers were returning from the party to rest in their quarters. Both of them were unaware that they were actually traveling for their death.

Damodar, Balkrishna and Vasudeva – Chapekar brothers, were waiting in the dark on Ganesh Khind Road (now Pune’s Senapati Bapat Road) with guns and swords in their hands. As Tanga passed by, the eldest brother Damodar started following him and as soon as he reached the yellow bungalow of Tanga, he made a loud noise – “Gondaya Ala Re Ala“.

As soon as Balakrishna heard this, he chased the cage and shot it, but unfortunately the irest was not the rand. Damodar and Balakrishna realized their mistake, but remained calm. Vasudev, the youngest brother, was still running behind Rand’s tang. Damodar also pursued Tangay and shot Rand. Rand was an officer who insulted the plague victims of Pune rather than relieving them.

In 1896, a deadly disease of plague spread in Maharashtra. Initially the coastal areas were affected by it. The outbreak of the disease soon increased in Pune due to its proximity to Mumbai. By January 1897, the disease had taken the form of an epidemic.

At the same time, the British Government thought of taking some concrete steps to prevent the spread of the disease. He formed an SPC and made Rand the commissioner of the Pune committee. In a report published in the New York Times in June 1897, the Presbyterian missionary stated, “Two kinds of diseases and both fatalities – hundreds of starving natives and relievers stealing material.”

Rand initially did some relief work. He started a hospital and set up quarantine camps besides removing infection from the affected areas. However, after these efforts, he soon advanced on such a path, which hurt the honor of the affected families, and this provoked the fire of revenge among the brothers.

Damodar, Balakrishna and Vasudeva were born into a conservative family. This family was once prosperous, but due to loss of business and the wayward nature of his grandfather Vinayak changed his situation. Their money flowed like water and they drowned in poverty.

Their situation had become so bad that due to lack of money, they could not even attend the funeral of their parents.

The three brothers were inspired by conservative ideology and anti-British thinking. Impressed by the provocative language used by Bal Gangadhar Tilak in his newspaper ‘Kesari’, he decided to take steps against Rand, as he had insulted many families in Pune.

As the campaign to stop the plague began, Rand began to spread terror. It created a team which had the right to enter any house and deal with them. This troop used to take off clothes of men, women and children in the name of checkup and this was done several times in public. These people also destroyed property.

This persistent persecution forced the Chapekar brothers and other revolutionary members of the ‘Chapekar Club’ to take action against the person who started it. This person was commissioner Walter Charles Rand. 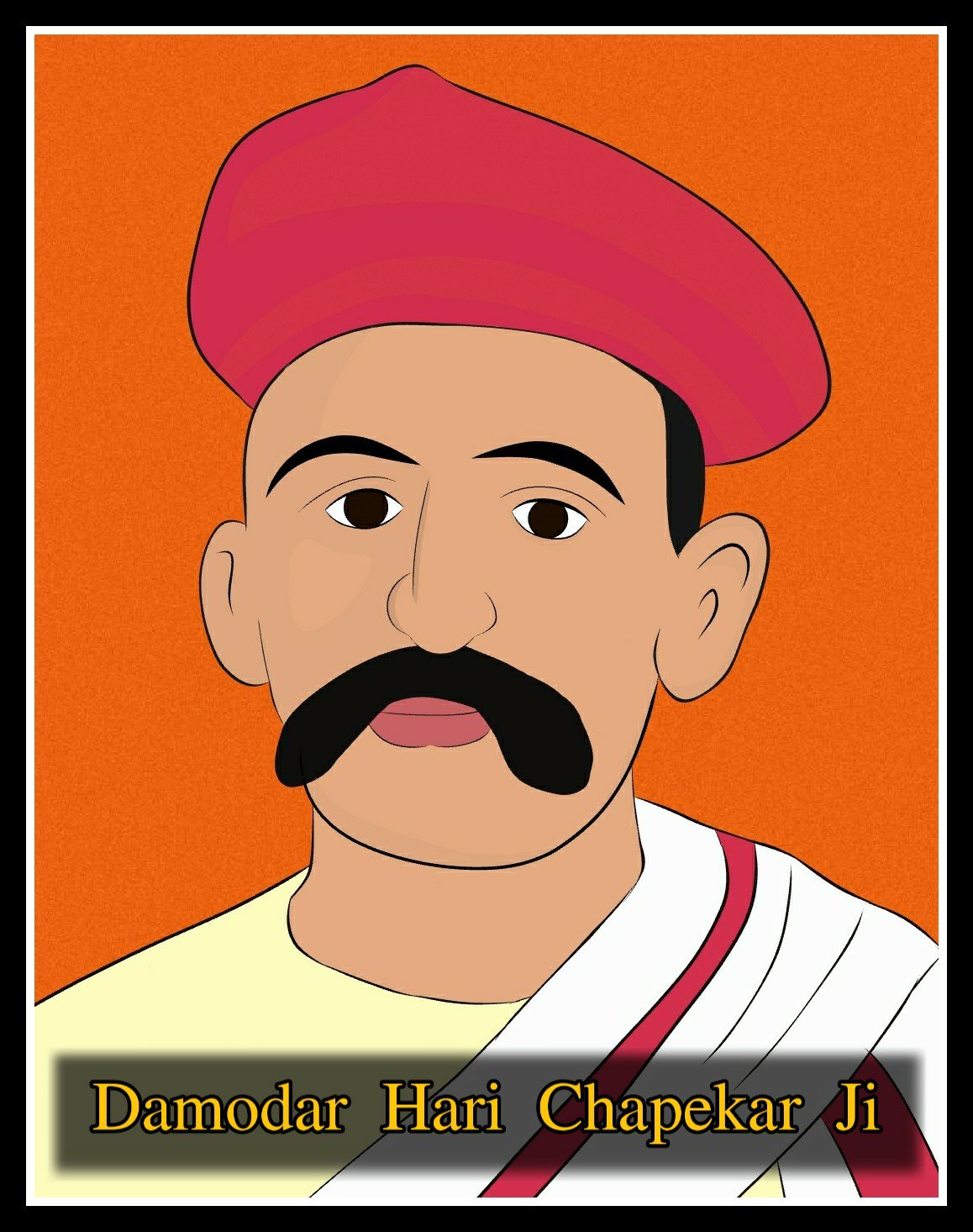 Soon after Rand was shot, Damodar was arrested and sent to prison and sentenced to death. In jail he met Tilak, who was also kept in Yerwada jail after his arrest. He expressed his desire to perform his last rites in Hindu customs.

Balakrishna, Vasudev and khando vishnu sathe were also involved in Rand’s murder, but the British government could not arrest him. Unfortunately, the Dravid brothers, who were also part of the Chapekar Club, had informed some British officers about their whereabouts. Balakrishna and Vasudev came to know this and also killed the Dravid brothers, after which they were arrested and sentenced to death.

After this incident, Lala Lajpat Rai, close to Lokmanya Tilak, wrote, “The Chapekar brothers were in fact the father of India’s revolutionary movement.”